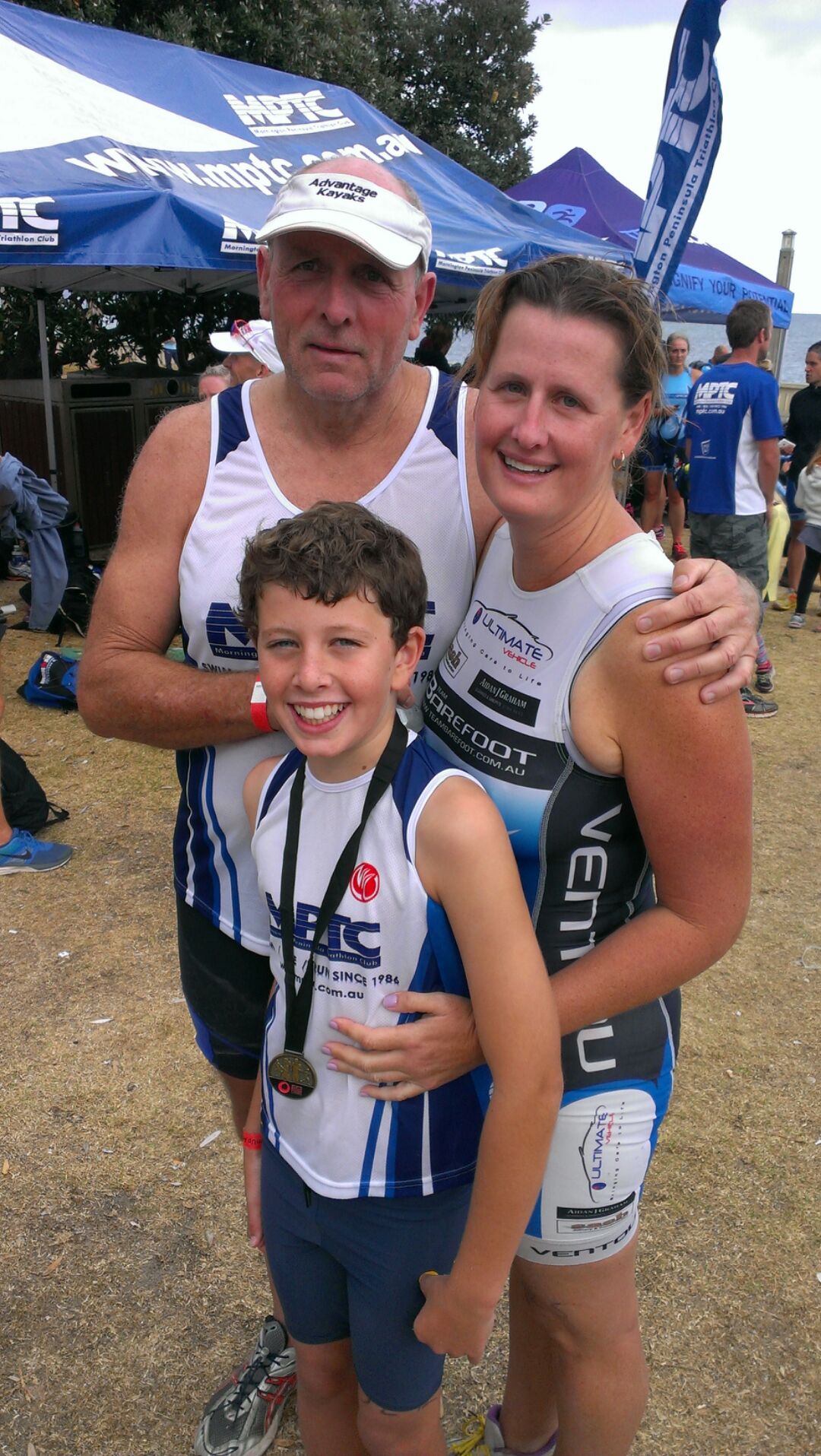 Dave originally joined the MPTC in the late 80s (he says that Bob Newman & Neil Brewster conned him into it.)

He did his first tri at Williamstown in November 1988 and swore that he would never do one again.  He dropped off the scene about 2001 after being hit 3 times on the bike. The incidents were all on the same corner at Robertson Road and Nepean Highway in Mornington.  On a Wednesday morning around 10am the third one was a little more serious.  He stopped riding about then and took up kayak paddling and then did the Murray Marathon that year and still enjoys paddling, which he sees as a safer sport than bike riding.

David became involved in swim teaching after his son was born in the late 70s and eventually did the level ASCTA swim coach in the mid 90s.  He has been assisting Stephen Foster and who ever else wants ( who believes I can help them ) on and off basis since. He enjoys swim coaching / teaching and loves working with people who are keen and self motivated.

As for triathlon, Dave tells us: “I have met some really great people over the years and intend to do the training till my body gives up (getting there quick) and I reckon the training has kept me looking young (joke of the day). My interest in triathlon was revived when my daughter and grandson took up triathlons about 5 years ago and got sucked back into it”

Dave’s says that the highlight of his involvement is doing a tri with both his daughter Joni and grandson Jack.  3 generations of the one family on the same day.