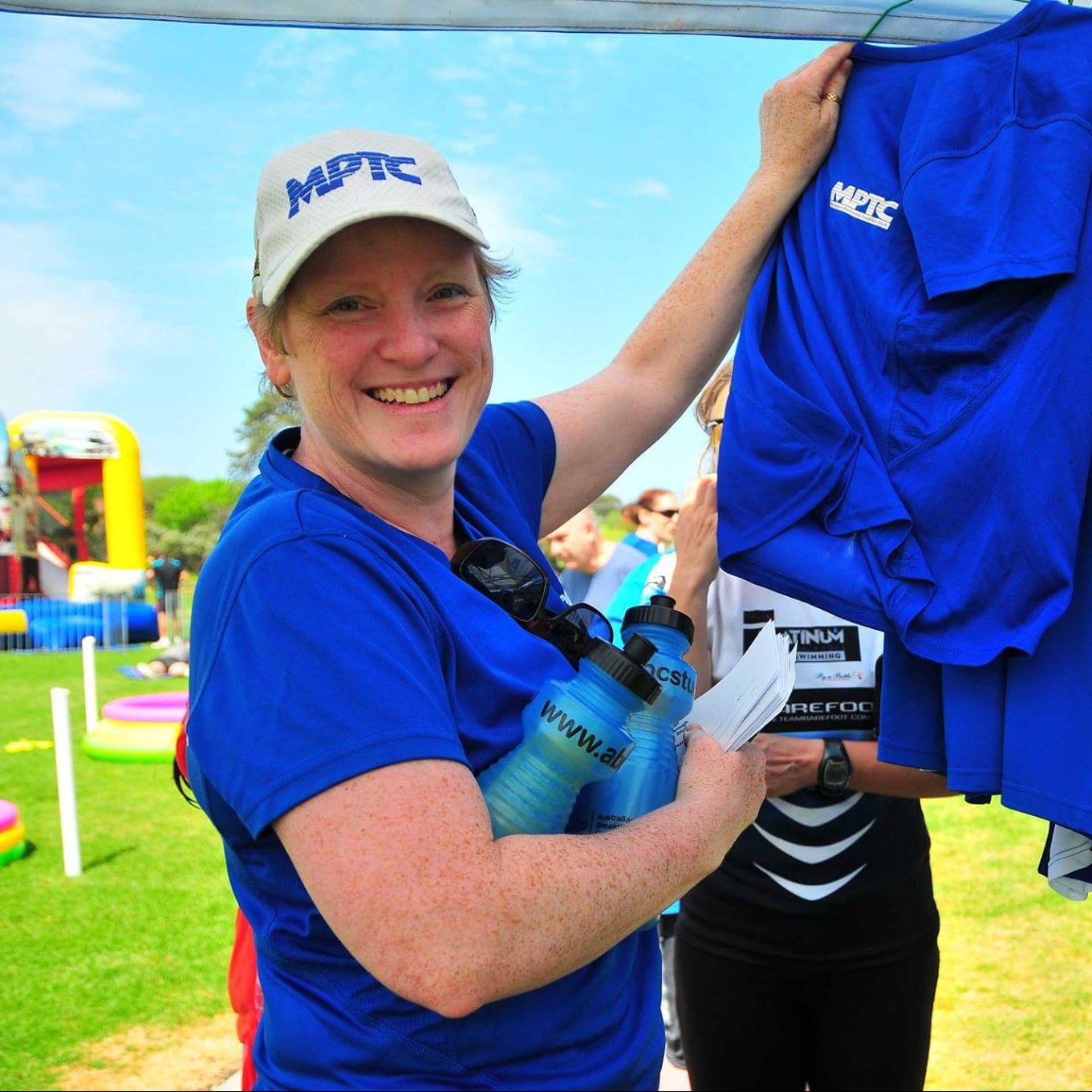 Kirrily joined the club during the 2012/13 season in the Ironman Melbourne era after completing 4 Triathlon Pinks at Albert Park.

It was my pleasure to be asked by the then president, Gary Swanton, “Where’d you get that cap?” as I handed over his towel as a catcher at IM Melbourne 2013.

After saying a few years ago that I didn’t want to go on the committee, just give me a job to do, I have been on general committee, social, and am currently the president and uniform coordinator.

For me, every event is a highlight.  I love to get out there and prove to myself that anything is possible if you put your heart and mind to it.