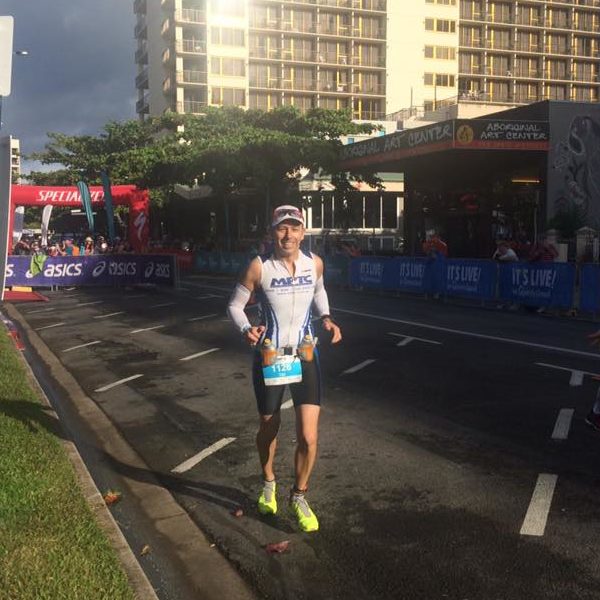 Tim Newman is a Civil Engineer, but says he still don’t know what he wants to do when he grows up.
He originally got into triathlon in his late teens, undertaking 2 seasons of the racing before going to University and discovering beer. Move along 20 years and he looked in the mirror & didn’t liked what he saw, this started him running again.
A few knee injuries later, he decided to take up sprint triathlon to give his running knees a break. The addiction of triathlon took over, and last year found him completing Ironman Cairns.
Tim is currently training for the Melbourne Marathon and 2 Bays 56 km trail run, with an eye to potentially doing the Surf Coast Century (100 km trail run) in September 2018.
Tim’s two kids (12 and 8) both competed in triathlons last season, and it was then he knew the long training hours he’d put in were worth it.